Bifold doors have been trendy in the UK for quite a few years. They used to be very popular in plain white uPVC. They were heavy and the frames were chunky but the price was reasonable.

Then the Anthracite grey or RAL 7016 colour became trendy. This pushed up the price by 30% or more. The cost became comparable with aluminium and sales exploded, competition increased and aluminium bifold doors became quite affordable. People liked the idea of opening up their living rooms connecting with their patios and gardens.

Homeowners are now realising that the number of times they actually do this is quite infrequent and they are staring out through still quite chunky frames into their gardens. What’s more depending on the opening configurations of the bifolds, at the very best they often only have a single opening door on the left or right to open out easily to the garden.

Are we seeing the end of the bifold door? Maybe we are.

The average width of a bifold is a bit less than 3 metres divided into 3 sections. If homeowners are lucky enough and have 4 metres or more available they are opting for sliding patio doors where each section can be much wider.

What are the alternatives if you don’t have such a big opening available?

UPVC French doors have always been an option but the frame sizes are big. You lose so much glass and, therefore, light. Also they’ve got horrible chunky “flag” hinges stuck on the outside. In recent years a flush door has been available which uses normal butt hinges which is a big improvement but the frame size is the same.

In the last few years says Colin at Colin’s Sash Windows, we have slowly been witnessing the popularity of a 100-year old door! The Crittall door. If you’re old enough you might remember growing up with single glazed steel windows and French doors made by Crittall. They were absolutely freezing in the winter, draughty and let in all the surrounding noise from outside. 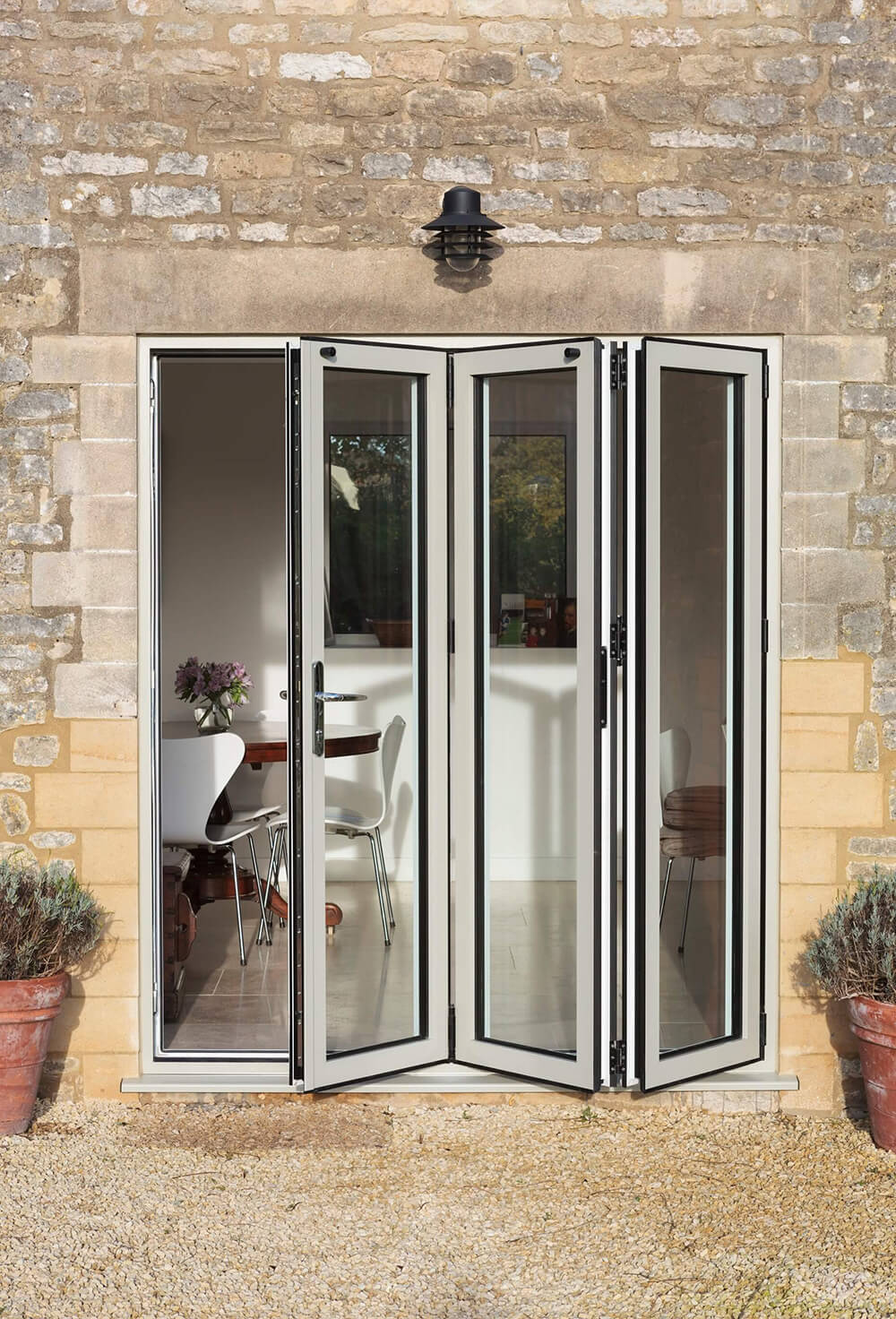 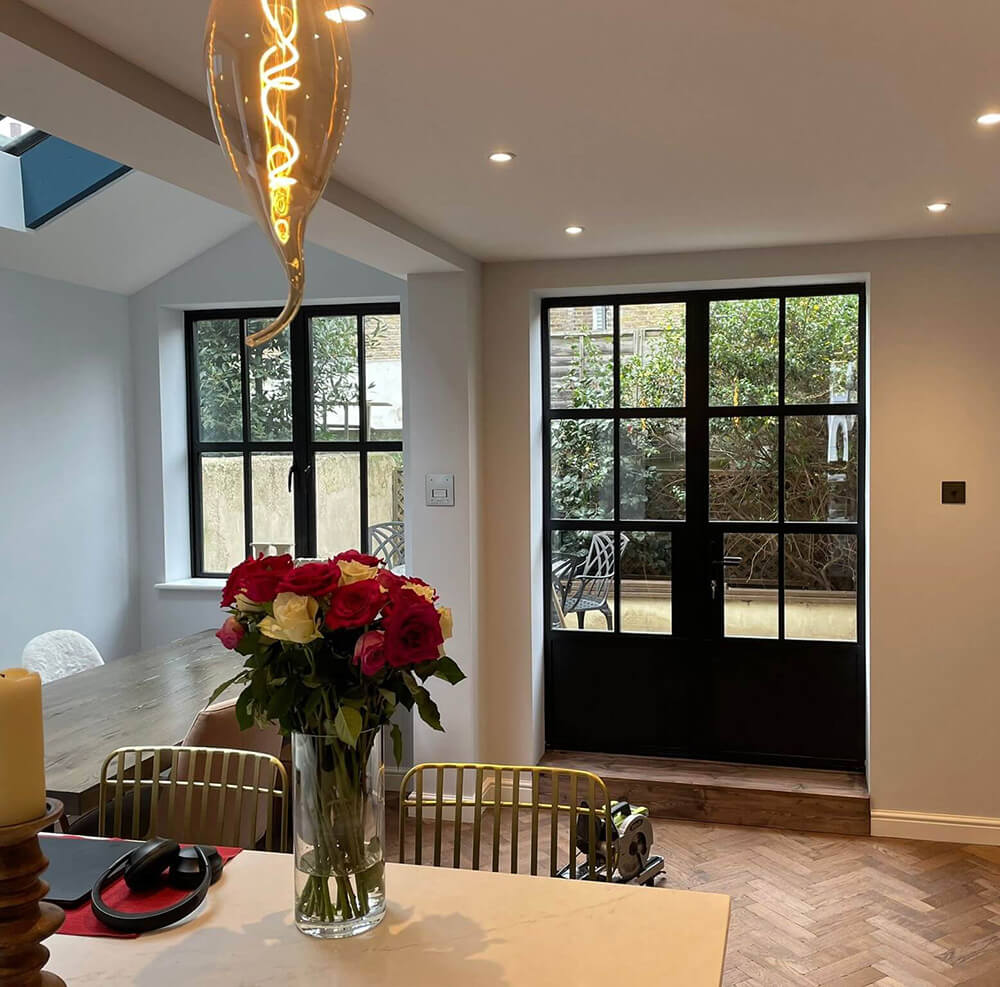 They’re still available from Crittall now but these days they are double glazed and thermally efficient. The frames are really thin and the look has really come back into vogue. Homeowners can also have them single glazed for internal doors and partitions. There’s only one problem… they are very, very expensive.

An aluminium profile manufacturer came up with an alternative with a look alike lock. It’s called Smart Heritage 47. Okay, the frames are a bit bigger than the Crittall steel frames, they’ve got to be because aluminium isn’t as strong as steel. The prices of these external French doors are affordable though so the frame size is an acceptable trade off.

Sales of these, says Colin, has grown exponentially. They are, without a doubt, the most popular “new” thing in the window industry. They’re often ordered as a pair of French doors opening out with a matching fixed panel either side. The industrial style door provides the solution for conservation areas where planning regulations require a like-for-like product replacement.

Colin took the uPVC sash window market by storm in 2014. Before he started, sliding sash windows were only available fitted from window installers. He started retailing them direct to builders and DIY customers at affordable prices. He’s doing the same with the Heritage steel look doors.

His business, Colin’s Sash Windows is also working with Smarts on a single glazed version for internal use. They should be able to offer these Internal Steel Doors in about mid 2022.

In the meantime, they are offering an affordable steel single glazed option that can also be sliding. They are a bit more expensive then the soon to be released aluminium version and they don’t have the Crittall replica lock that’s popular but the frames are smaller than the aluminium alternative.

Contact Colin’s Sash Windows to help you choose the best option for you. 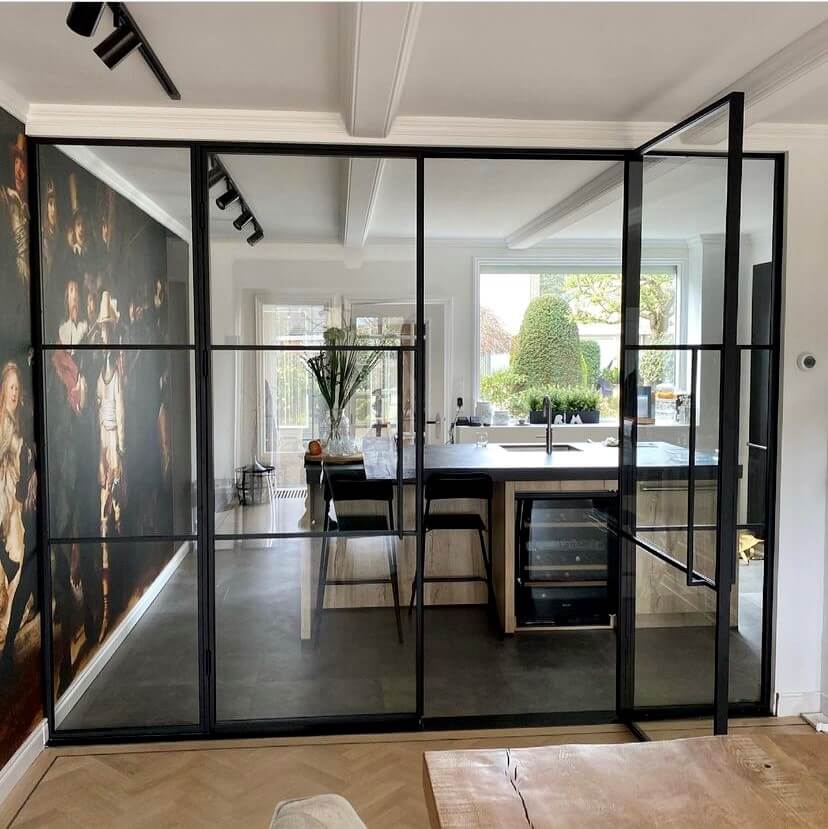 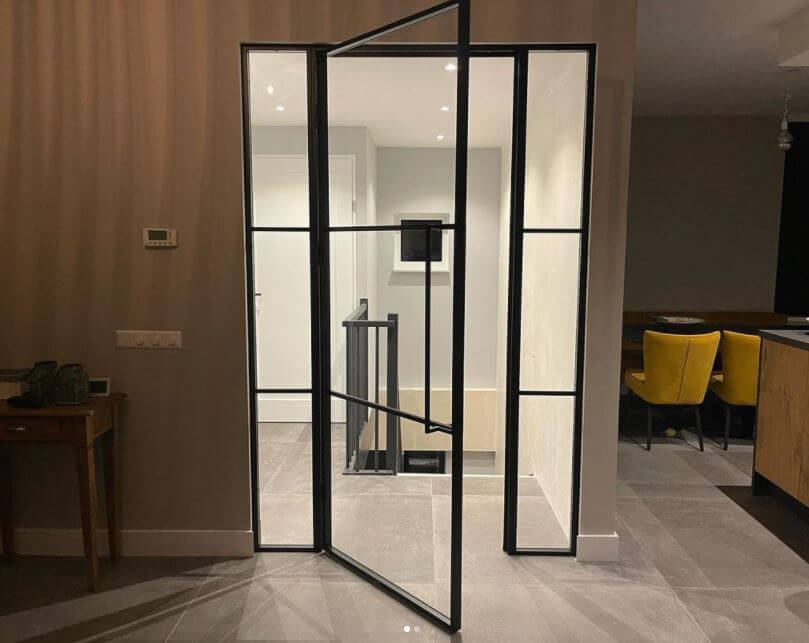 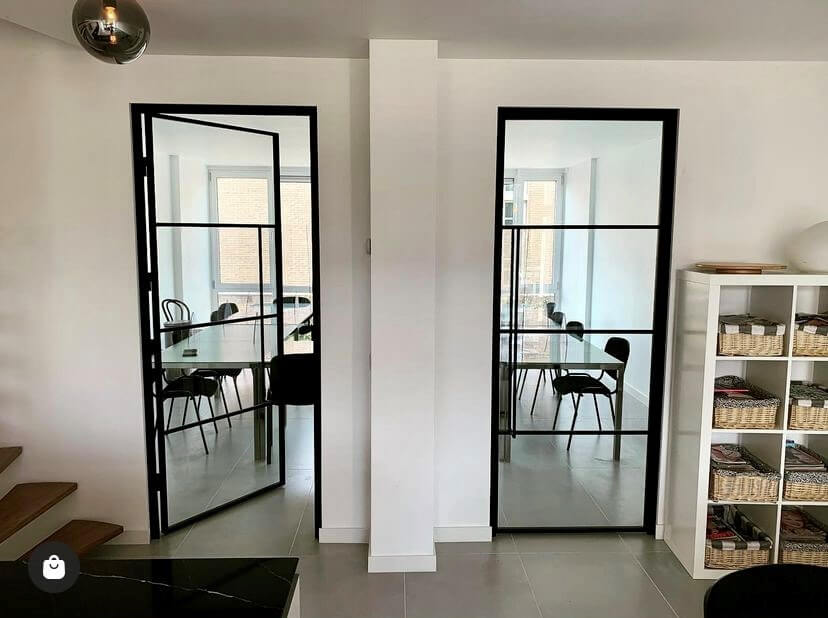 Please fill out the form below to send us an email and we will get back to you as soon as possible.

This website uses cookies to improve your experience while you navigate through the website. Out of these, the cookies that are categorized as necessary are stored on your browser as they are essential for the working of basic functionalities of the website. We also use third-party cookies that help us analyze and understand how you use this website. These cookies will be stored in your browser only with your consent. You also have the option to opt-out of these cookies. But opting out of some of these cookies may affect your browsing experience.
Necessary Always Enabled
Necessary cookies are absolutely essential for the website to function properly. This category only includes cookies that ensures basic functionalities and security features of the website. These cookies do not store any personal information.
Non-necessary
Any cookies that may not be particularly necessary for the website to function and is used specifically to collect user personal data via analytics, ads, other embedded contents are termed as non-necessary cookies. It is mandatory to procure user consent prior to running these cookies on your website.
SAVE & ACCEPT